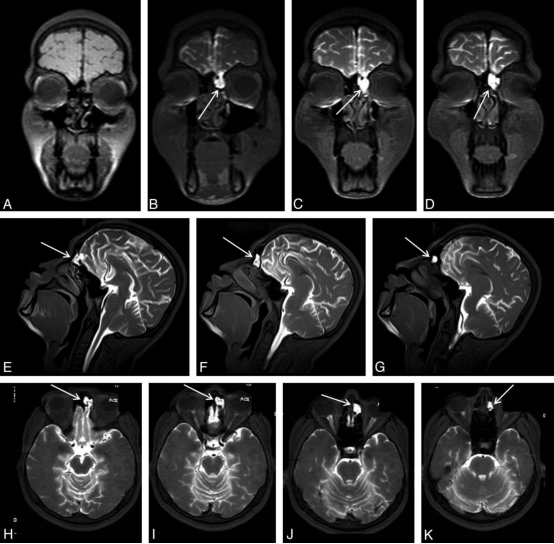 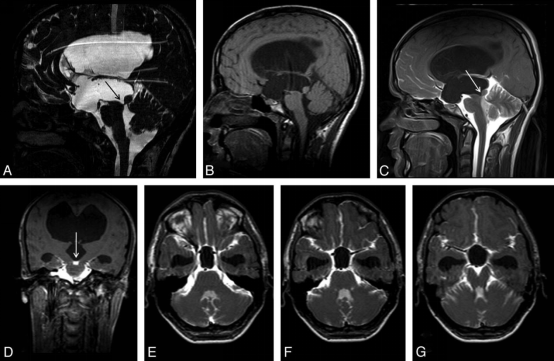 A 20-year-old man with headache. Sagittal 3D-CISS (A) and precontrast T1WI (B) shows hydrocephalus. Sagittal 3D-CISS image demonstrates a linear hypointense band at the cerebral aqueduct (arrow in A). The inferior wall of the third ventricle cannot be depicted clearly on 3D-CISS image (A). Early-phase postcontrast sagittal and coronal T1WI shows passage of the intrathecally administered contrast to the fourth ventricle, but not to the third ventricle (arrows) (C, D). Imaging findings are consistent with aqueductal stenosis and hydrocephalus secondary to a web. A 12-hour post injection axial sequential T1WI showed no relation between the basal cisterns and the third ventricle (E-G). The intact third ventricular floor implies absence of a STV, and tells us ETV or shunt procedures are necessary.