Administration: For injection or oral use of iodinated contrast

Adverse reactions: See the details from the package insert 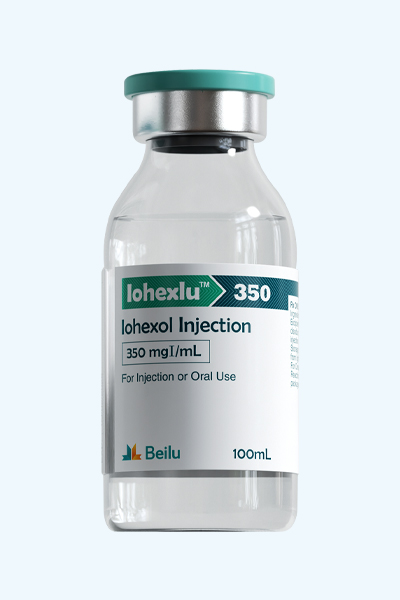 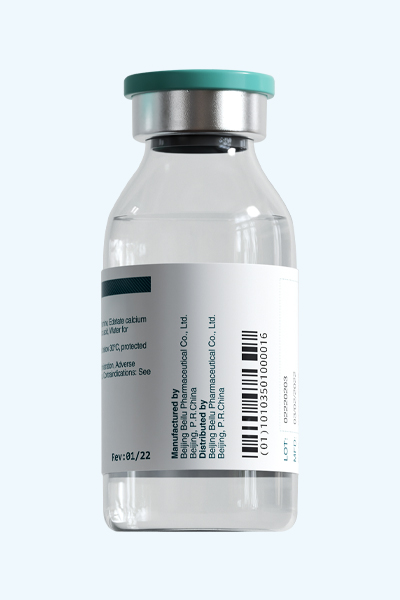 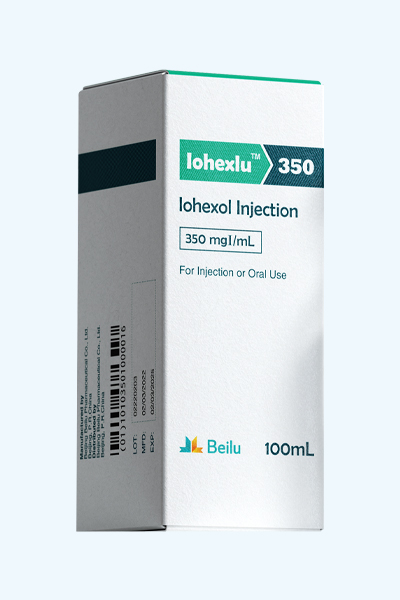 General precautions for the use of nonionic-monomer contrast agent:

1. Special attention should be paid to patients with allergies, asthma and adverse reactions to iodinated contrast agents. Prophylactic medications such as steroids and H1/H2 histamine receptor antagonists may be considered for these patients.

4. Venous access should be kept smooth throughout the X-ray examination.

5. In the in-vitro tests, the effect of nonionic contrast agents on the coagulation system is lighter than that of ionic contrast agents. During angiography, great care should be taken in the intravascular technical procedures, and the catheter should be irrigated with heparinized saline from time to time to reduce the thrombosis and embolism related to the technical procedures.

6. Patients, especially patients with multiple myeloma, diabetes, renal insufficiency, infants and young children, and the elderly, must be appropriately hydrated before and after the use of contrast agent. Electrolyte disturbance and hemodynamic disorders are common in infants (< 1 year old), particularly neonates. Special attention should be paid to patients with serious heart diseases and pulmonary arterial hypertension because they are prone to developing hemodynamic disorders and cardiac rhythm disturbances.

7. Patients with acute encephalopathy, brain tumour or history of epilepsy should be prevented from seizures, and special attention should be paid to them. The risks of seizures and neurologic reactions are significantly increased in patients with alcohol or drug abuse. Transient hearing loss or deafness occurs in a few patients after myelography, which is possibly caused by a decrease in CSF pressure after lumbar puncture.

8. In view of the high risks of acute renal failure after the use of contrast agent, special attention should be paid to patients with pre-existing renal impairment and diabetes and patients with atypical globulinemia (multiple myelomatoses and Waldenstrom macroglobulinemia).

There is a potential risk of transient hepatic dysfunction. Special attention should be paid to patients with serious hepatic and renal insufficiency due to significantly longer time to clear contrast agent. Hemodialysis patients may receive the examinations with contrast agents. Immediate hemodialysis is not necessary after the injection of contrast agent because there is no evidence showing that hemodialysis can protect patients with renal impairment from contrast-induced nephropathy.

Contrast media extravasation (CME) occasionally causes localized pain or oedema, which gradually subsides without sequelae. However, inflammation and even tissue necrosis may occasionally occur. Routine treatment is to elevate the affected limb and cold-compress at local sites. Surgical decompression is required in case of compartment syndrome.

Patients should be observed for at least 30 minutes after the use of the contrast agent because most serious adverse reactions occur during this period. However, there is still the possibility of a delayed response.

After myelography, patients should rest for 1 h with 20°-raised head and chest. Patients can carefully get out of bed and walk without bending over. If patients are still in bed, keep their head and chest raised for 6 hours. Patients with low seizure thresholds should be closely monitored during this period, and outpatients should not stay alone for the first 24 hours.

12. Effects on the ability to drive vehicles and operate machines:

Do not drive a vehicle or operate a machine within 24 hours after intraspinal injection.

13. As with all non-gastrointestinal drugs, this product should be visually inspected before use to check for particulate matter, discoloration and container damage.

This type of Iohexol contrast agent should be drawn into the barrel before use. Each vial is for single use only, and the unused portion should be discarded. 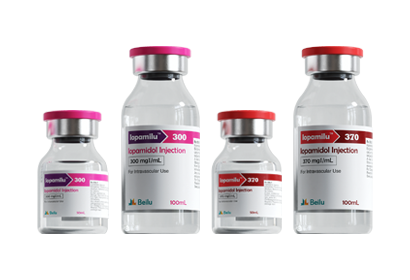 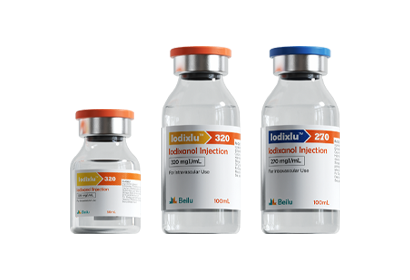 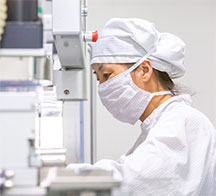 Beilu was Awarded the Title of A-class enterprise for safety production Recently, Beijing Beilu Pharmaceutical Co., Ltd. was once again awarded the title of "Class A Unit for Safety Production" in Miyun Park of Zhongguancun District. The company has won this awa... 2023-01-31

Beilu Pharmaceutical Intends to Establish a Wholly-owned Subsidiary in Hong Kong 2022-12-27

Beilu Yikang, the R&D Subsidiary of Beilu Pharmaceutical, Was Officially Launched 2022-10-12
Contact Us
Welcome your presence. You can send us an email, and we will get in touch with you within 24 hours.
Contact Us
If you need knowledge or quotations about medicines , please consult us.
MRI Contrast Media
CT/X-Ray Contrast Media
Anti-Diabetic Drugs Anti-Anxiety Drug
Company Contact Us Report a Side Effect
Specialities